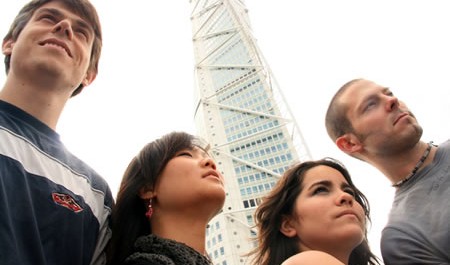 Good News! Median income in America has slightly increased in the last two years. However, its still under 6% since the recession hit. Today only 30 occupations are considered as Six Figure jobs. Of all the odds, Pharmacists are estimated to earn the big bucks here. Yet another medical profession with lets you make a living (a good one). The medical industry is followed by information technology; this following is further extended to law and so on. anyways, here the America`s most Popular Six Figure Jobs!

In order to get these six figure jobs lawyers need to first earn a bachelor degree. Later they have to graduate from law school by completing state`s bar exam. A lawyer specializes in tax law, criminal law, divorce and other such areas. But in recent years, most of lucrative positions especially at law firms are better known as Big Law have disappeared. These firms have disappeared because the business costs are cut and the demand for high cost legal services are decreasing.

This is perhaps one of the most Popular Six Figure Jobs. Sales manager run sales team and they also have to direct as well as train other members of their team. Later they are also required to review their performance data. But paying someone for this position depends on their role and what industry are they working in. if I put it in simple words, they are the most important part of team!

These mangers have to mange work of IT departments at private company as well as Government Entity. Other responsibilities include proposing improvements to the organization`s hardware and software requirements, overlooking the execution of these improvements and ensuring the safety of data and network. IT Managers namely Chief information and Chief technology officer are known as one of the senior executives at firm.

According to survey, more than 250,000 Chief Executives are only in America Today thus making this country the Top Executive. But it’s not easy, especially when it comes to large businesses. Top executive needs extensive managerial experience along with a Master`s in Business Administration. The Pay of an executive is determined by considering a few facts such as the type and size of their company, stock options, performance bonuses and Executive perks.

Might not sound like other Popular Six Figure Jobs but Pharmacists pays well. Just like other medical professions, you will be highly paid! However, you might need to spend some at training to improve yourself! After getting your hands on a Bachelor degree, you need to spend 3-4 years and obtain doctorate in Pharmacy. A Small group of people who want to work night and weekends, pharmacists also have to work past the working hours. So search well before making a decision.